I am trying to have 4 different sets of text in 4 columns as a permanent feature at the top of every page (above the navigation). I would like to separate the text columns with a divider. Is there anyway of achieving this?

The Columns stack doesn’t contain such a feature, as it can over complicate a stack quickly, especially dealing with the various breakpoints, among other under-the-hood things.

You could set something like this up using borders on some items within Stacks if you wished though. Using each individual stacks strengths: 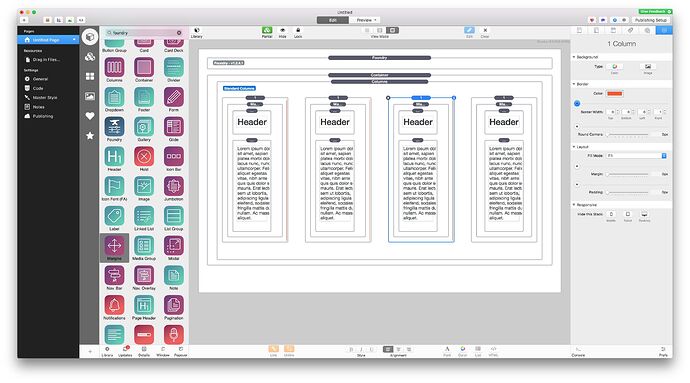 That being said, it could be a feature to look at, though I don’t often see this as something people are using on responsive sites a lot, IMHO.

I’ve done it with 2 and 3 columns (e.g. http://www.hundewagen.id.au/CockerHistory/back_page/) but I also had to include suitable CSS to drop them off when it went down to mobile width.

…I also had to include suitable CSS to drop them off when it went down to mobile width.

You could wrangle that with other means, too. But in the end I don’t know if it is worth it. I’ll take a look at it as a feature, but it isn’t one that is high-priority at this moment in time.