Sorry for the weird subject line, but it captures my issue in a nutshell, I think.

I have seen some threads on this, but I couldn’t seem to practically apply the advice given in those threads. Is what I want to do even possible? I am stumped…

Thanks for any pointers on how to solve this.

I think I may have (sort of) solved this problem, though I don’t know if I’ve solved it the best way possible. I added a 3-column stack where the desktop/tablet widths are 2-8-2 and the mobile widths are 12-12-12. I then added the container to the middle column while the left and right columns remained empty.

Does it make sense to do it this way?

I would use the Margin stack. Drop whatever content into that and set the margin for each device.

I would use the Margin stack.

I’ll give that a shot; it certainly sounds better than the solution I came up with. Thanks!

@dougmon The Margin stack is a hidden gem. Oftern overlooked, but it solves so many problems. Really worthwhile to check out Adam’s video about it: 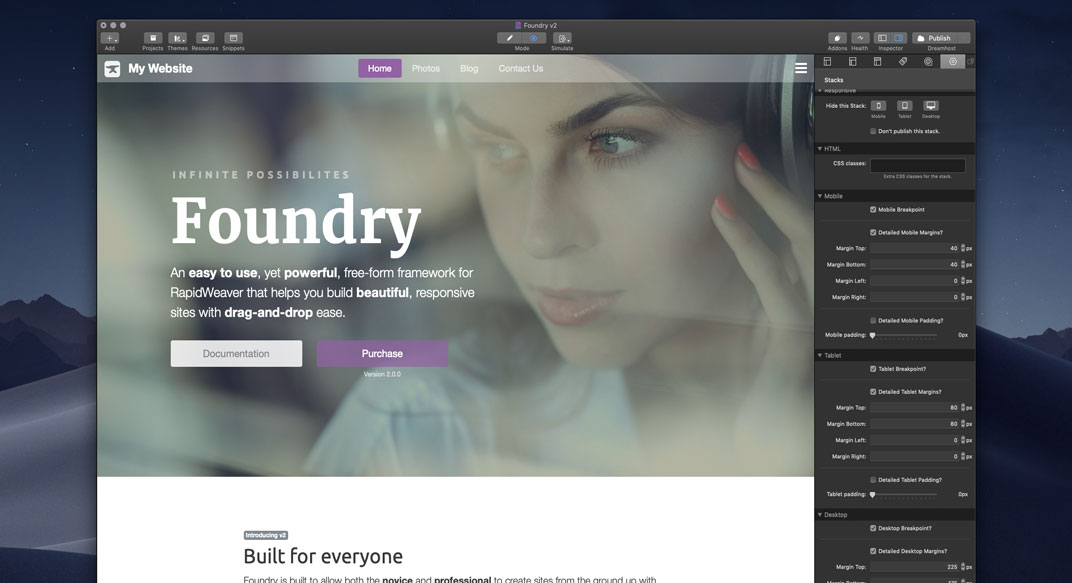 You’ll have to scroll a bit.

@Steve_J, I tried it with the margins stack and it worked beautifully. Thanks for the advice/solution.

The Margin stack is a hidden gem

I’ve looked at it before and thought “Hmmm, sounds useful” but now I’m sold. I think it has replaced container as my favorite stack.

My new web site will be selling samplers with those words stitched into them.