If I select the custom summary option in the Editor stack, when creating a new post any content put into custom summary box does not honour line breaks or <br>

For instance. If I put this in the box…

If I put all the text in with no line break it appears as normal, ie. no text is removed. Essentially, the custom summary seems to only accept a block of text, no line breaks etc.

Is this expected behaviour or a bug?

What happens if you use two spaces instead of the br?

It’s not spaces but line breaks. Anything after a line break is being removed.

But two spaces are a line break in markdown, that is why I suggested this…

Sorry, but does that mean the behaviour described above is expected?

You can try \n I have seen that in a YAML documentation.

No, that didn’t seem to work either.

I have heard of YAML, but I’m not familiar with it. I’ve just done a bit of reading up on it, but I’m still not sure if I should be able to put a line break in the custom summary box (and so the issue described above is a bug), or if it’s designed in such a way that only a block of text (no line breaks) is possible. Hopefully @elixirgraphics can clear that up for me?

@TemplateRepo Have you testet </br>? Dont use<br> Works for me.

That didn’t work me either. I wonder, are you putting it into the custom summary area of the body text area? 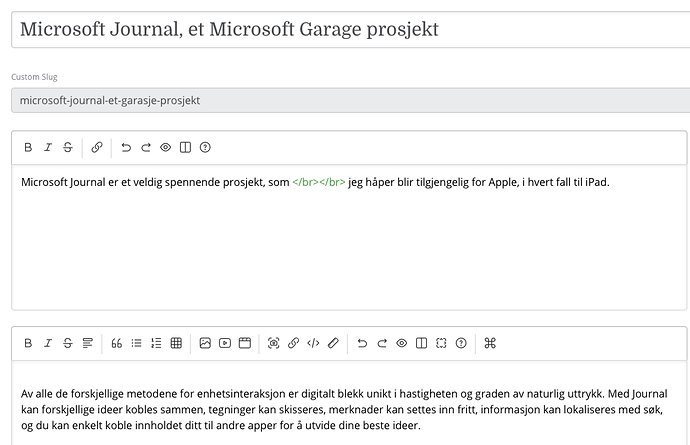 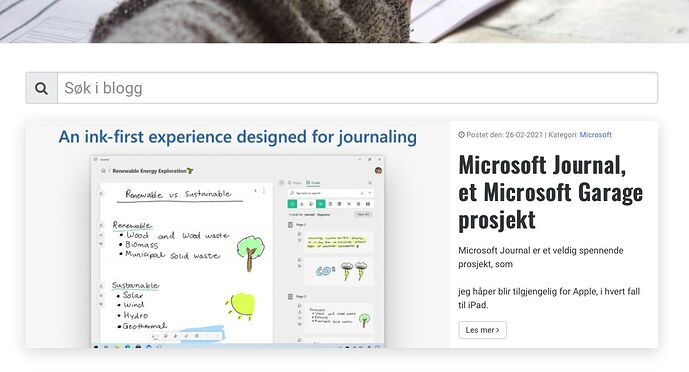 Maybe this is how it’s intended to work. We’ll see what Adam says.

EDIT: I actually cocked up earlier, </br> does work, I was just having brain fade. 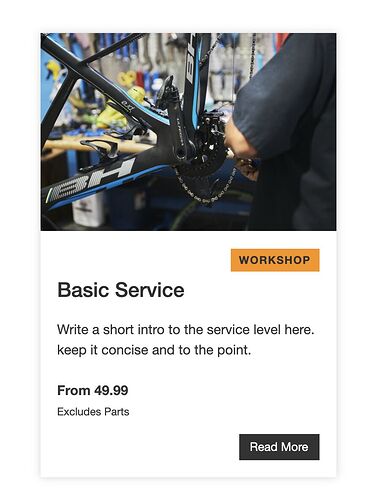 Which is exactly what I was after. Thanks for the help folks.

(Still curious if this is how it’s meant to work though!)

Sorry, but does that mean the behaviour described above is expected?

Sorry I don’t think I’m clear on what you’re asking. Or maybe I just didn’t explain myself clearly enough before. Sorry if that is the case.

As for some of the other questions, suggestions, etc posted yesterday:

You can try \n I have seen that in a YAML documentation.

This will not work within the field, as it all gets wrapped in quotation marks when it is written to the file.

</br> is not valid HTML markup.

Like I said though, the Custom Summary field is only designed for a block of text, using Markdown. Adding HTML markup to it, in whatever fashion, will have undesired results. I will look at this in a future update to see what is possible, but as of now this is how it is made to work.

Sorry I don’t think I’m clear on what you’re asking.

Before I started to add in all the code options, I inserted a line break by simply hitting carriage return on the keyboard. But it didn’t work; the text after the return got removed. So my question was, is this expected, as in, are we not able to put he text in the summary over more than one line?

The Custom Summary field was not intended to have more than a Summary block of text.

And I think this answers the question: Blocks of text all on the same line, no line breaks, no matter how they are inserted?

And I think this answers the question: Blocks of text all on the same line, no line breaks, no matter how they are inserted?

Yeah. I’m looking at the code now to see if it would be possible to do. I think so, but I’ll have to experiment with it a bit. It’ll take juggling it between HTML and Markdown in the Editor probably.

@elixirgraphics an I add a feature request for Alloy to this thread, instead of starting a new one?

The way the layouts are generated is more complex than they may seem on the surface as they have to take a lot of the user selected features and possibilities into consideration. Adding one is quite a bit of work. I’ll note this as a feature request, but this definitely will not be in the next update though.