Hi, with Safari 11 /High Sierra you can enable the mode “Responsive Design” in the developer menu. And with the click you can switch between different screensizes and get instant feedback. Great! 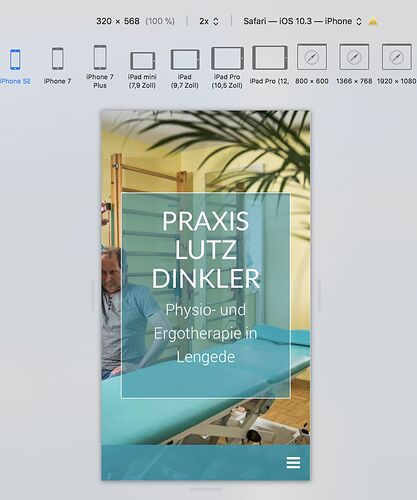 It seems I overlooked that in Sierra

Great, I did not know. Thank you @Fuellemann and @webdeersign

Also in El Capitan, which as i recall was the first OS X version to include “responsive design mode”.

As others mentioned it has been there a wile. That being said, it is very helpful when used with RapidWeaver’s “Preview Page In…” feature found within the File Menu. Allows you to troubleshoot or tweak layouts without ever publishing.

Anyone know if the equivalent exists within Chrome?

Anyone know if the equivalent exists within Chrome?

I don’t think that is something that comes as a part of Chrome, but I could be wrong since I use Safari primarily. I wouldn’t be surprised to hear there was a Chrome extension to do it though.

There is a device toolbar enabled in developer Tools and there are various addons for Chrome that do this I have one called Bootstrap Resize Tool add-on which may do what you want.

Thanks, I’ll look into it.