Does Foundry have a “container” stack which can be set to a fixed height?
Like Joe Workman’s Jack stack
Container has a fixed width option but I can’t see a way to set the height.
Thanks
Philip

The Container stack doesn’t have that feature, but I have another stack in beta testing that uses fixed heights to center content. Would that cover what you’re looking to do, or did you need it to serve a different purpose?

Thanks for the reply Adam
I like to be able to use fixed height containers in a column layout so that each section is the same size.
Just makes for a nice - to me - symmetrical setup.
This is especially so when most of my content areas are pretty similar - an image of a product, followed by a header, followed by a short descriptive paragraph.
The JW Jack stack does this, and includes a scroll bar to allow for different amounts of content.
I can continue with the Jack stack in Foundry of course, but would prefer a "native"solution if possible.
Not sure that the beta stack you mention would do what I need.
All the best
Philip

It would be great if the card stack would support this equal heigth!

So my suggestion would be: use the card stack! I really love this stack.

@Fuellemann Make sure it is the Card Deck Stack. It is like a column stack but with the Cards as the columns. This is a great stack with so many options.

The JW Jack stack does this, and includes a scroll bar to allow for different amounts of content.

I won’t likely add in a stack that has a scroll bar like this. If that is something you need you might be better with your current solution. After the next update ships give the new stacks in it a try and see if they work for your particular use case.

Thanks for the feedback. I also love the Card Deck stack but I can’t find where it supports fixed height - fixed width yes
Philip

As a Foundry newbie, but a well experienced accumulator of all sorts of add onsI just wanted to say that I was pleased in fact that Adam has no plans to come up with a stack with a scroll bar etc like the JW Jack stack. Just a reminder to me why I moved to Foundry. Powerful, elegant simplicity. Decluttering is most refreshing

Setting the Card Deck to be a Deck or a Group will create equal height Cards: 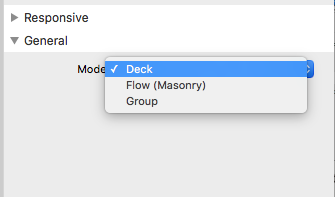 Great, thanks Adam. Knew there had to be something inbuilt