Rather than use the standard Form stack I purchased the Potion pack to get Form Pro. What caught my eye was the checkbox displayed as a switch in the Form Pro documentation. But I can’t see how to do it. Cheers.

There’s an option to turn that feature on and off on a per-checkbox basis within the child stack’s settings: 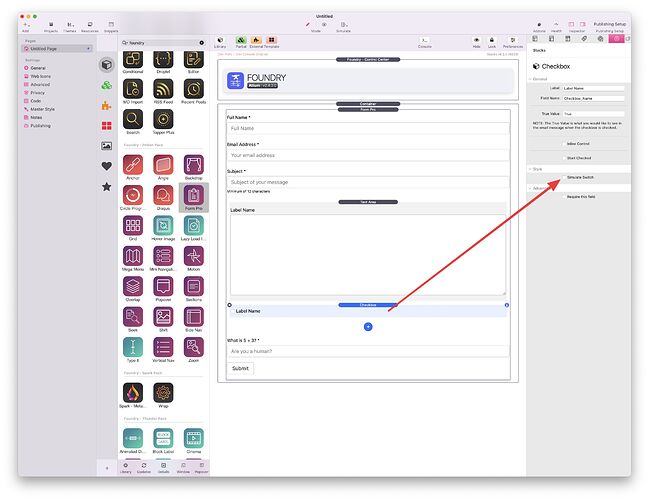 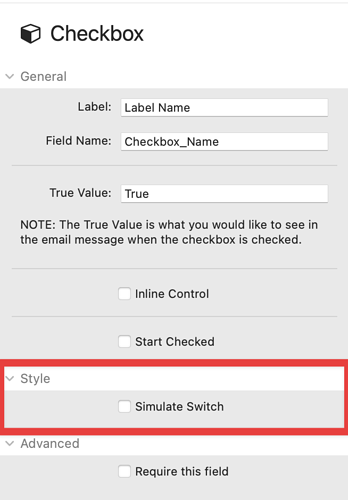 You are right, of course. I had opened the sample project file (Potion-Pack-Samples.rw8) that came with the purchase. I don’t know if it is an old version of the stack, but that Style dropdown in the Inspector isn’t showing for the checkbox.

The simulate switch feature was added in the v2.0.0 release in June of 2020. The sample project file was created during the initial release of v1.0.0.

I always encourage people to use the stack instead of a sample project file. You’ll learn more about the tool that way.