Value in the Column stack must be wrong by default

This default value in the Column stack must be wrong. Should be 6 instead. 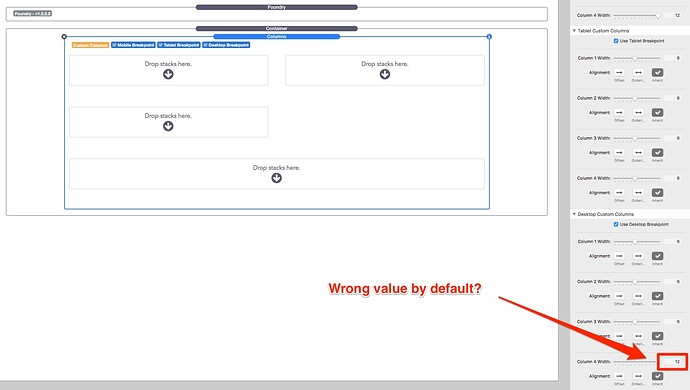 Looks like a typo. Will be fixed in next update.

I see you have fixed the typo but there’s still something wrong. Shouldn’t col 3 and 4 sit beside each other with these settings? It still looks the same if you turn off the desktop breakpoint. It must have been more than a typo. 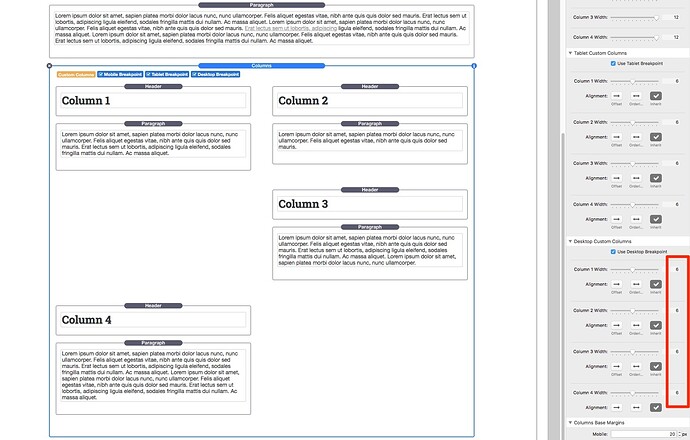 It is because Column one is taller than Column 2. You can see what I mean if you add content to Column 2. The layout there is more of a grid layout, and isn’t what I think they had in mind for columns in Bootstrap. To create the layout above you’d ideally want to do two Columns stacks, one on top of the other, both containing 2 columns. The Columns are a grid but should be thought of as one row. That being said I can see where this layout could be needed in corner cases. I’ll look to see if I can’t work around it.

That being said, a Grid stack is on the road map.

Thanks for the explanation, Adam. It’s no big deal at all, I just happened to stumble upon it and thought it might be a bug. A grid stack sounds like the solution to the “problem”.