Video embed with a gradient tint?

Dare I say, I’ve been impressed with the theme called Aspen, with the full width video embedded into the header along with the graduated tint at the bottom, so the image doesn’t have a hard line at the base. The title however is either in our out and doesn’t give any scope to allow it to be a timed header. I’ve now got the same thing running in Foundry with cinema, plus I’ve the option to reveal/remove the header title after a set time

Can/how would I go about adding a graduated tint over the base of the video as per Aspen theme? 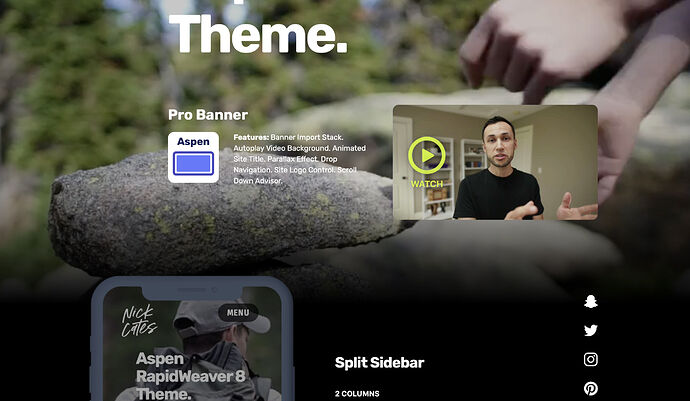 Hi
was able to get close with some css from here:

How to make a transparent gradient over an image? | Treehouse Community

Participate in discussions with other Treehouse members and learn.

gave the banner a custom class of .grad and and added the ::after ccs. 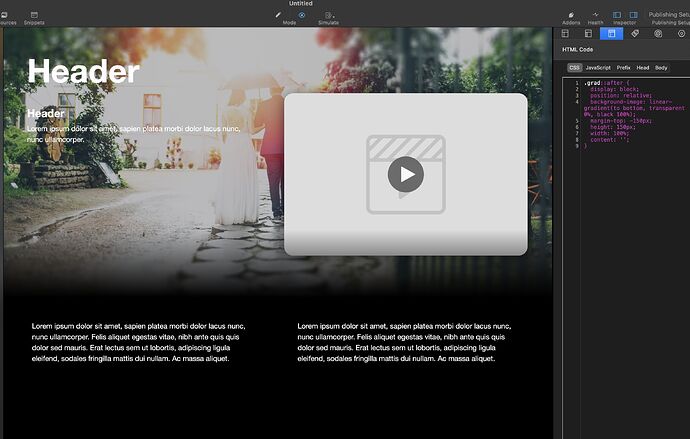 I’ve noted this as a feature request for a future version of the Cinema stack.

Thanks Adam, that would be great.