PURCHASED Orbit2 two days ago. Now confused. At the web example the video file simply is pulled to the marked place. Just so. In my hands the video is pushed back. That means no success. Why ;
Macbook Pro, macOSBIGSUR 11.4, Rapidweaver 8.3, themes business simple and Aspen.
I see an indicator Vimeo/YouTube Does that mean you cannot use private videos ?
yourts CHAXEgo1

At the web example the video file simply is pulled to the marked place. Just so. In my hands the video is pushed back. That means no success. Why ;

I’m unsure what you mean by “pulled to the marked place” and “the video is pushed back.” Perhaps you can provide some screenshots to help illustrate this for us?

Does that mean you cannot use private videos ?

Orbit uses video embeds from YouTube or Vimeo. It does not support self-hosted videos. I suspect that is what you mean by “private videos” correct? If not, please elaborate for us on this as well.

Hi Adam
“Orbit uses video embeds from YouTube or Vimeo. It does not support self-hosted videos” - here we have the main disaster and this is not clearly described in your documentation on the web ! Money-back guarantee ?
yours CKAXEgo

This, from the product page:

And this, from the documentation:

Given how easy it is to host videos on Vimeo and YouTube, and that both services are specifically optimised for streaming videos, is this really a problem?

Yes, you would need a dedicated customer consent here in Germany to display them. I do not use or want cookie banners and I would have to implement one now - and since self hosted videos are supported in other Stacks from Adam I hope he will add this here as well.

As @jacksona points out, it is stated on the product page as well as the documentation page for the stack that the videos are embeds and not self hosted, as well as outlines that they are YouTube and / or Vimeo based.

Additionally the Alternate Slide types video shows, towards the start of the video, that the video slides are embeds and are YouTube and Vimeo based. 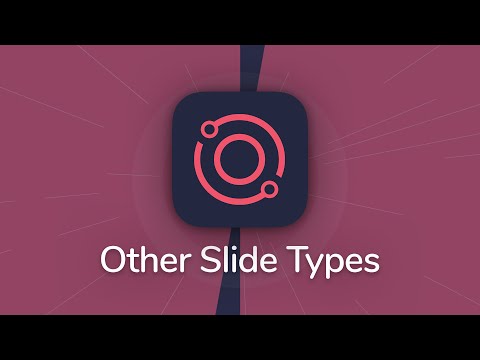 Yes, you would need a dedicated customer consent here in Germany to display them. I do not use or want cookie banners and I would have to implement one now - and since self hosted videos are supported in other Stacks from Adam I hope he will add this here as well.

Hey there @Fuellemann – Currently I don’t have plans to add self-hosted videos to Orbit or Shutter. Perhaps down the road they could be worked in, but they’re not something I’ve got planned for these stacks.

Ah, of course! Being in the UK, I don’t think our Government have a clue what they’re doing GDPR-wise (mind you, they don’t seem to have much of a clue about ANYTHING!)

So true! But Brussels themselves have finally admitted that the GDPR are not “fit for purpose”, and they are busy re-writing it all.

A report by themselves into themselves found the GDPR too vague, too ambiguous and too complex for most to understand. As such, my suspect individual member states will soon start to water down their own interpretations and enforcements of the regs, with new ones due in… If previous EU standards are met, about 20 years

The same report said that most member states have only used the regs to chase down big tech’s who for their part tend to only break the rules by mistake. The big offenders continue to get away with breaking the rules unchallenged.

In the UK, I’ve been unofficially advised to mostly ignore the letter of the law and adopt a common sense approach, as this is what will count in any court case. Not that anything meaningful will ever get to a court, for the reasons stated above.

Just speaking for myself I would like an option to be less dependent on on social sites including social video sites like YouTube and Vimeo. Sometimes these services force users to watch ads if they didn’t sign up for their premium service or have auto-play to start watching others video but I may want visitors to focus on my videos for the moment they are on my site. Usually a problem with self-hosted videos are that the files are large but my videos on stand definition home video tapes which tend to be on the shorter size. Filling up the allocated space on the server isn’t much of an issue for me.

While my home videos are on a YouTube and Vimeo channel what is there is often much longer cuts that most of my viewers wouldn’t want to sit through. I could post those shorter to the point videos on a new YouTube channel but but at that point I really start to think strongly about self-hosting. Currently my shorter clips are only uploaded via IGTV which doesn’t allow for embeds on a webpage. I also hope @elixirgraphics adds to support for self-hosting videos as I am pretty sure you have the option with the built-in Rapidweaver functions. I would like the same for Foundry.

Looks like a good tool to keep in mind when I get to a video page! I haven’t explored many video features yet other than that really nice one by DooBox that gives you a sidebar next to the video which is one of my favorite parts of my new re-design. As I look at displaying the video I have in the future I will definitely look at different ways to use motion files.

In my hands the video work with video Orbit2 is out. Some days ago I purchased Player2. I can recommend Player2 if you - of course - work with self-hosted videos.

I don’t know much about Orbit2 but it looks like the idea is that it can mix video/photos/text etc in a slideshow?