I dunno what happened…

Suddenly the items on the page are misaligned. Last thing I did is transfer my site to a domain (now ifemoralmaejsti.com) and when I go to it it looks like this… Rapidweaver doing the same!

These items are no longer properly overlapping. Also my image slider vanished. Is in the same place as before but won’t show up…

this is just exhausting. It’s so super difficult to arrange items and then after spending days it suddenly going back to chaos. 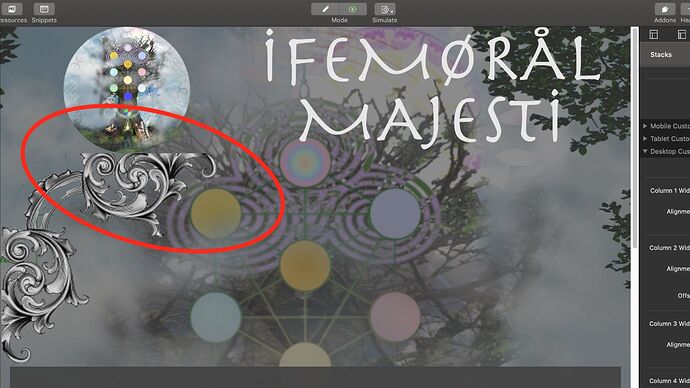 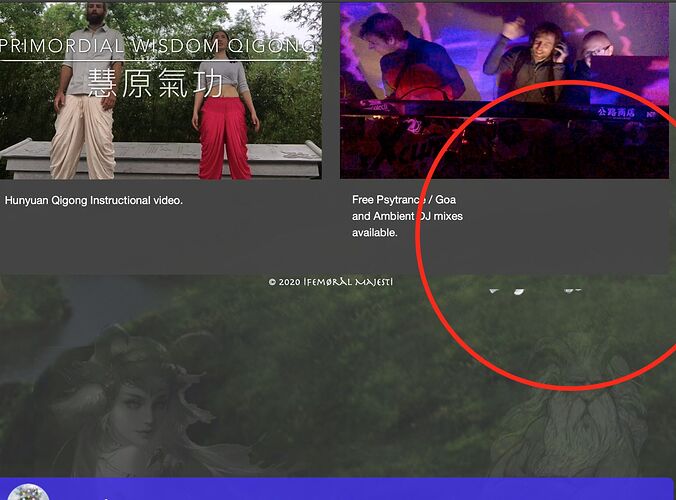 I can’t get these to overlap anymore.

The first thing I’ll point out is that the stacks don’t have a mind of their own and generally don’t change on their own unless there’s an update to the stacks involved. Considering I’ve not released any updates recently I don’t suspect that is the case. Nothing should change without your interaction. I suspect something changed in your project file otherwise things would act differently.

With that said, I’ve watched your threads here and on the Realmac forum about the design of your site. You seem to be intent on using Stacks as a layout tool in the same way iWeb or Dreamweaver work. Perhaps you come from a design background using tools like Quark or Indesign. Stacks does not work in that way and is not designed to.

There are stacks out there that can help you do some of that – like the Position stack that I’ve seen several users recommend to you – but overall Stacks isn’t built to create pages in the way that you are trying to do.

Also, please put your posts into a forum category.

Last thing I did is transfer my site to a domain (now ifemoralmaejsti.com)

Site does not exist. Is the url correct?

That’s really disappointing to hear… after spending hundreds of dollars on this… iWeb is gone… rapidweaver and everweb were supposed to be their… unofficial heir. Everweb does this “layout” as you describe, but it’s no where near as developed as rapid. They are missing things like sitelok and adding code to the site… and over all is just more limited and smaller… i suspect in time it will be more competitive.

I couldn’t get position to work before so I used overlap. But…now…
I’m now redesigning the entire site using position stack. It seems to be working now.

But what i’m noticing is there is a LOT of empty space at the bottom of the page. I don’t want this there. I want my page as small as possible. Any ideas on how to remove or eliminate that extra space would be appreciated. Cuz as I actually do this… the page is getting longer and longer and there is nothing down there… ><

So would you recommend I go buy dreamweaver? I’m at my wits end.

As someone mentioned in one of your other posts: you seem to be treating web design as being an electronic version of print layout. It’s not. So my guess is you first need to adjust your mindset.

Second, you are making life MUCH harder for yourself by not learning the basics first. Make a standard website. Get those fundamental skills down well. Learn incrementally. Then one by one tweak things to personalize your site as you gain expertise.

For example, having a “bottom menu” on your first site is not the best way to get to know how menus work and how to adjust them. There are several similar instances. And, of course, as you keep doing fairly non-standard things on your first site without mastering the fundamentals you make it harder and harder for others to help you.

At any rate it’s no surprise you are at your wits end. Another tool ain’t going to solve the problem.

Position is a great stack, but it’s got a learning curve. It’s not one of those stacks you can just throw at the page, play with the settings a bit and get the results you want.

I’ve a fair bit of experience with position type stacks yet it took a couple of hours yesterday to get a fairly simple two section layout to work perfectly across all screen sizes.

It’s hard to work out what is going on from your description above, but if you are getting too much “white space” below your elements it’s likely you are setting the parent parent position stack height incorrectly.

Maybe give us a sketch of what your trying to achieve and people can help?

I am not exaggerating. Stacks is not built to be Indesign or iWeb. It is meant to build modular pages. You’re hoping to force it to work like a different tool.

Example: I cannot cut wooden boards with a hammer. At least not properly. For cutting boards I use a saw. If I hit the boards with a hammer long enough and hard enough I might break the boards down into smaller pieces, but I will not have cut them. I get “a result” using the hammer, but perhaps not the exact result that I wanted, and it was far more difficult and time consuming.

Personally I agree with @mitchellm above.

As someone mentioned in one of your other posts: you seem to be treating web design as being an electronic version of print layout. It’s not. So my guess is you first need to adjust your mindset.

Try building a standard web page as a starter project. See how the tools work. The tools work the way they do for a reason.

Also, look at project files by experienced designers like @egomade and @TemplateRepo and see what they’re doing.

all i’m doing is making a image overlap

ifemoralmajesti.com is working again sortave…but firefox seems to disagree with it…

All i’m doing is making a image overlap

That really isn’t a huge amount of help. Your link does work.

I was responding to Adam who says i’m forcing things.

Right now i’m making progress “forcing things” so I don’t have any questions.

Slighty off topic (apologies) but I tried looking at your site and it took forever to load. Some of us are on slow connections. Typically mine is 1 megabit/second (ADSL 1 at the extreme distance from the exchange). I finally got it loaded and had a quick look and the image sizes are typically very large eg. 8mb background image and 2mb png images.

You image dimensions are far too big for most web purposes: 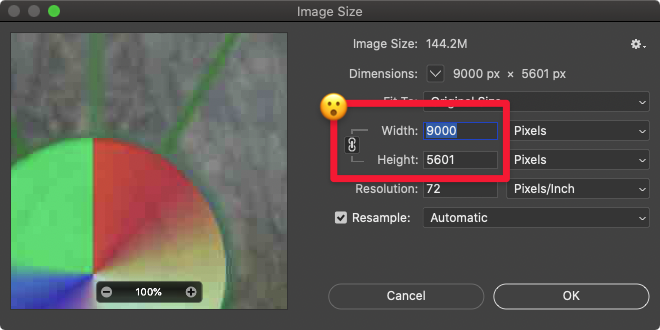 That is one of the most egregious examples, but many of your images are quite large. 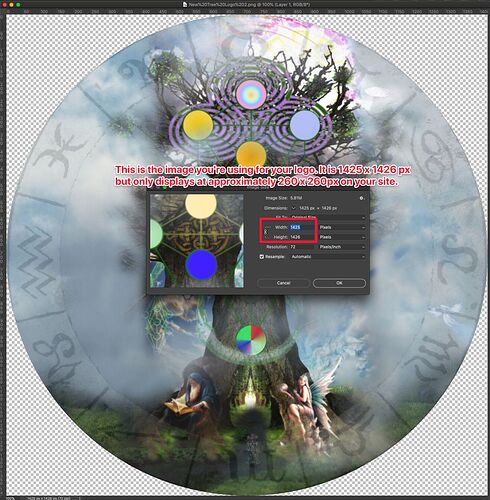 A bit better but I suspect there are so many images that it will always be slow for me. One thing, though, I notice quite a few png files. I grabbed the hobbit hole and saved it as a jpeg and got it from 207k to 23k and it does not show any appreciable difference.

Might be worth downsizing the slide show image dimensions. They are also dimensionally large but only showing on part of the screen. eg.

One day I’ll have a decent internet connection but at least it’s faster than when I first used a 300 baud accoustic coupler.

YEa all those slides i’ve not really maximized yet i did do the hobit one though … I guess they’re still pngs… heh… i’ll keep workin on it . thx