My apologies if this should be a separate thread, but this appears to be a tiny, aesthetic bug.

In the ‘Side Navigation’ stack it looks like the FA icon and text are overlapping. This is within Preview mode of RW using the ‘Potion-Pack-Samples.rw’ file that comes with the purchase. 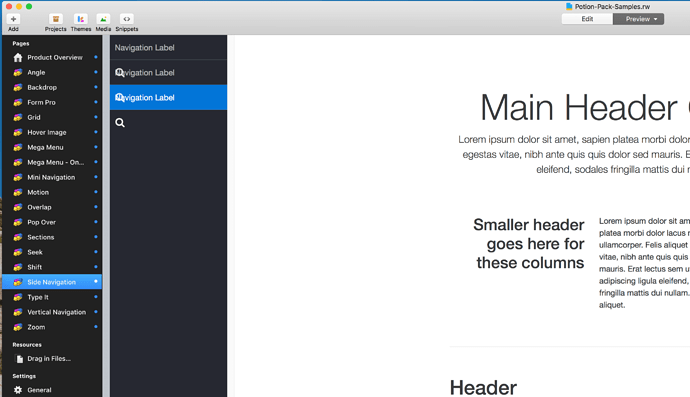 Not seeing that here, myself (see below). Have you modified any settings in the stack or added any other stacks to the page that may have caused the bug to crop up? So far I’m not able to recreate that bug. 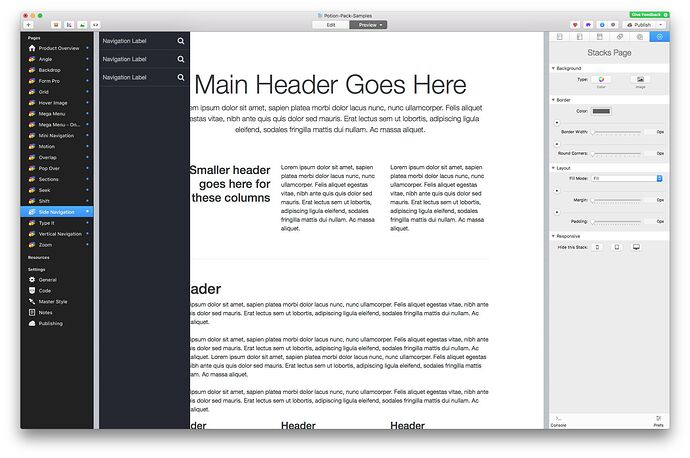 Well that sure is odd. To make sure I hadn’t modified the file in some way I went back to the Potion pack disk image and opened the Potion-Pack-Samples.rw from there directly. Still seeing the overlap.

RW appears to be up to date at 7.4.1 and I noticed there was a Stacks update this morning (now at 3.5.4) when I installed the Potion Pack.

Trying my darnedest, but I’m not able to replicate it here. If you make a new project file and drop the Foundry and Side Navigation stacks onto a new page do you get the same results?

I will confess I’m on the RapidWeaver 7.5 beta, for testing reasons right now. But I don’t think that should honestly have any impact on this situation.

Weird. Here’s a short clip of starting from scratch, showing the same results with the software/plugin versions I have.

I am having zero luck replicating this bug here. I’ve even tried some odd things, too.

Can you use the Preview Page In... feature found in the File Menu in RapidWeaver for me? Open it in Safari or Chrome or something and let me know if it continues there. Just trying to figure out the origin of this one.

Yeah, I’m using the foundry theme, and previewing and/or exporting and opening with Safari, Firefox or Chrome all produce the same effect. 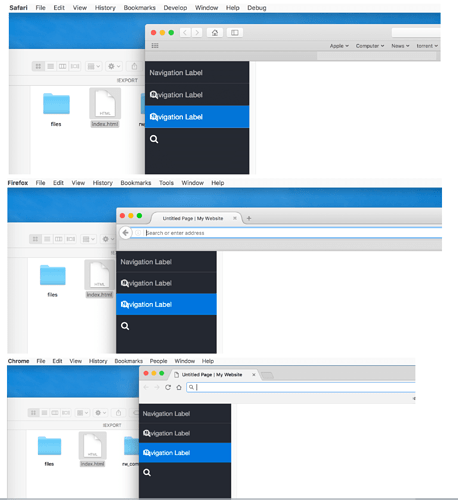 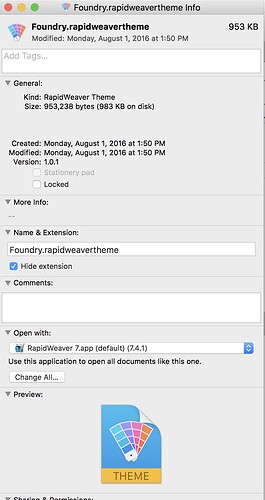 Can we get a Demo project file so that we can open our selfs and see if we can reproduce the same behaviou?

Here’s the rw file, and an exported folder from it.

I tried opening the export on a different Mac and still see the same effect. 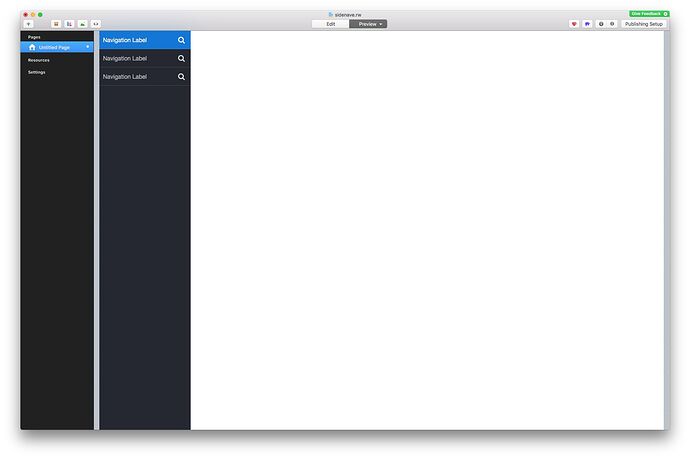 Your exported code loads fine, too:

Any chance you have Font Awesome installed as a Font on your Mac?

Have to head to dinner, but will check back in on the afterwards.

Hi, was looking at the elixir potion demo page for the side nav and the page renders with overlapping icons when the menu slides out also it does not show any icons when the page loads. 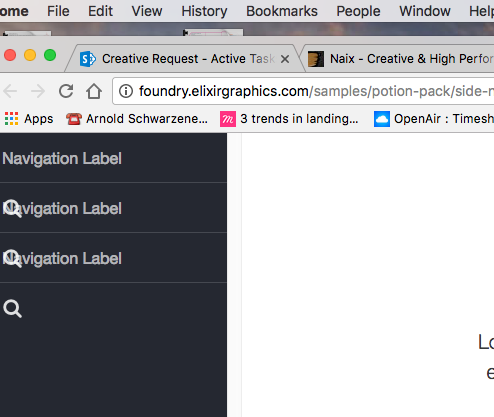 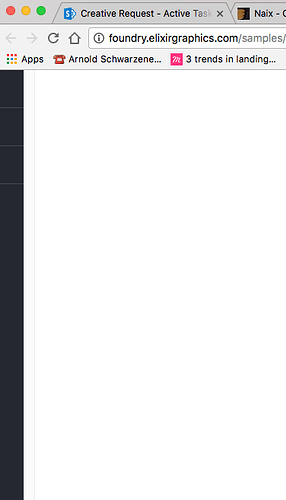 Any chance you have Font Awesome installed as a Font on your Mac?

I… don’t think so. Definitely not intentionally. I opened Font Book and don’t see anything, but since I don’t ever install fonts (I know some applications do) directly I’m not sure I’m looking in the correct place.

EDIT: Ok, I didn’t expect this. I took that export folder, uploaded to Dropbox and then downloaded it onto one of the terrible Lenovo PCs we have at the college. Opened up the .html in Chrome and… still overlapping for me.

@Bioguy I’ll keep looking into it, but I’m taking shots in the dark until I can replicate it here myself or track down a common denominator.

Reaching here, but, what version of Mac OS X are you using?

I do not know if it will be important, but in the examples of Trump2016 and Bioguy the FA icons are aligned to the left of the text “Navigation Label”. While in "Potion-Pack-Samples"are on the right.

I do not know if it will be important, but in the examples of Trump2016 and Bioguy the FA icons are aligned to the left of the text “Navigation Label”. While in "Potion-Pack-Samples"are on the right.

Hi, I’m just viewing(chrome browser) your example pages from your elixigraphic potion site, … not from a Rapidweaver page